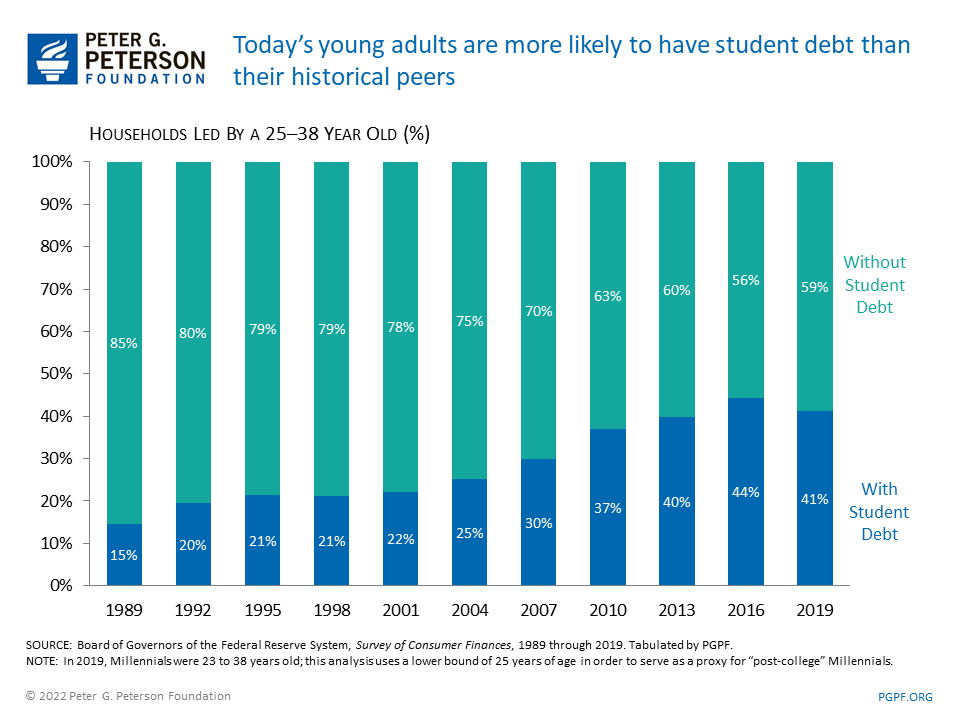 Not only is the next generation more likely to assume student debt than previous generations, but the amount of debt they’ve taken on is also far higher. In 1989, 25- to 38-year-old households carried an average student debt of just $13,074, adjusted for inflation. By 2019, the average debt level had surged to $47,608 – nearly four times as much. 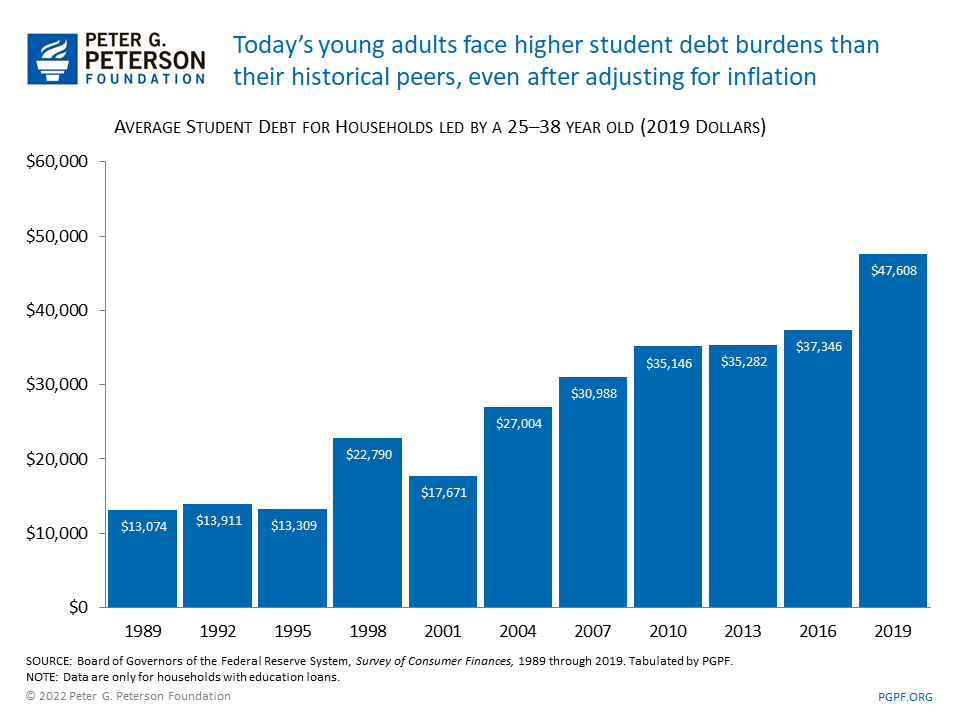 More young people than ever before are going to college – and that’s great. But with student debt levels rising and incomes largely stagnant, it’s no wonder our generation worries we’ll be worse off than our parents.