Our generation is the most educated on record, with record levels of college graduates.

But while today’s young adults are earning bachelor’s degrees at sharply higher rates than previous generations, incomes haven’t grown nearly as much. In fact, after adjusting for inflation, young adults’ median incomes have barely budged over the past five decades. 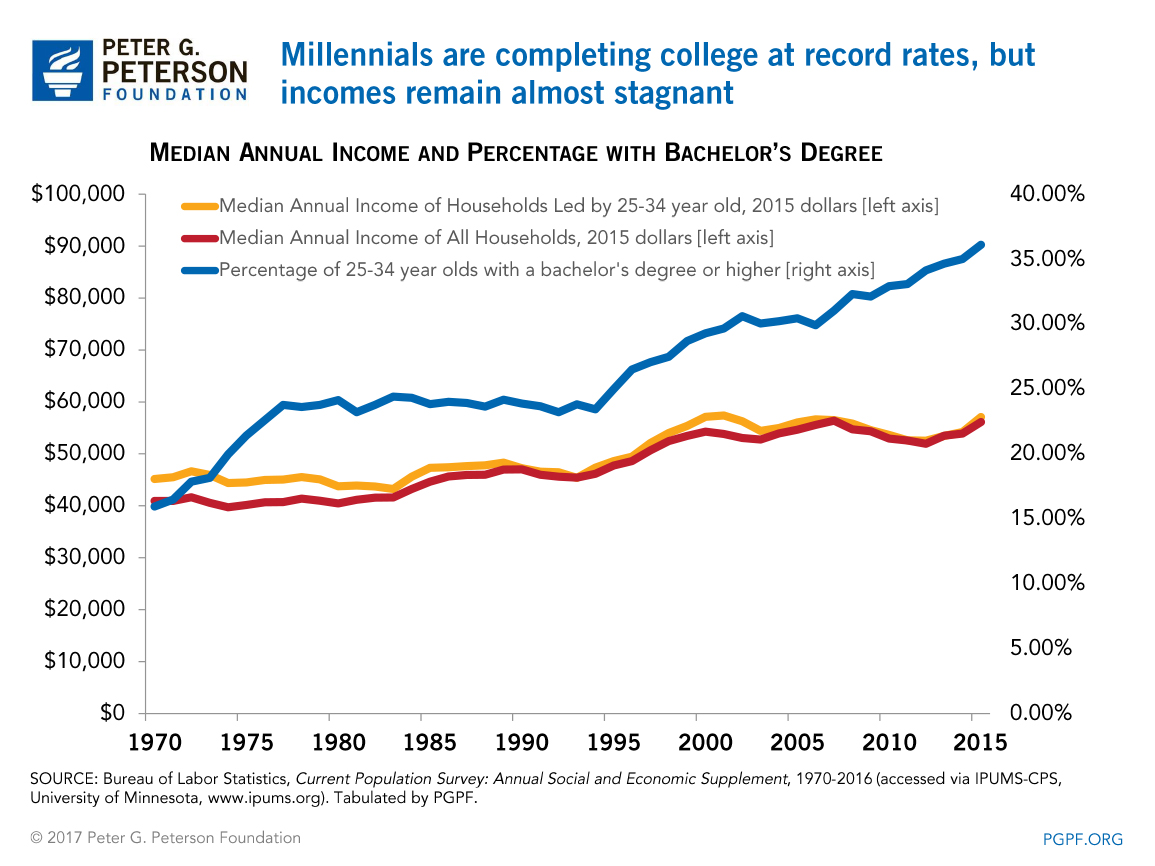 Meanwhile, today’s 25- to 38-year-olds hold fewer assets than people who were in that age group in the late 1980s and early 1990s – even as Americans overall have improved their standing relative to that time period. 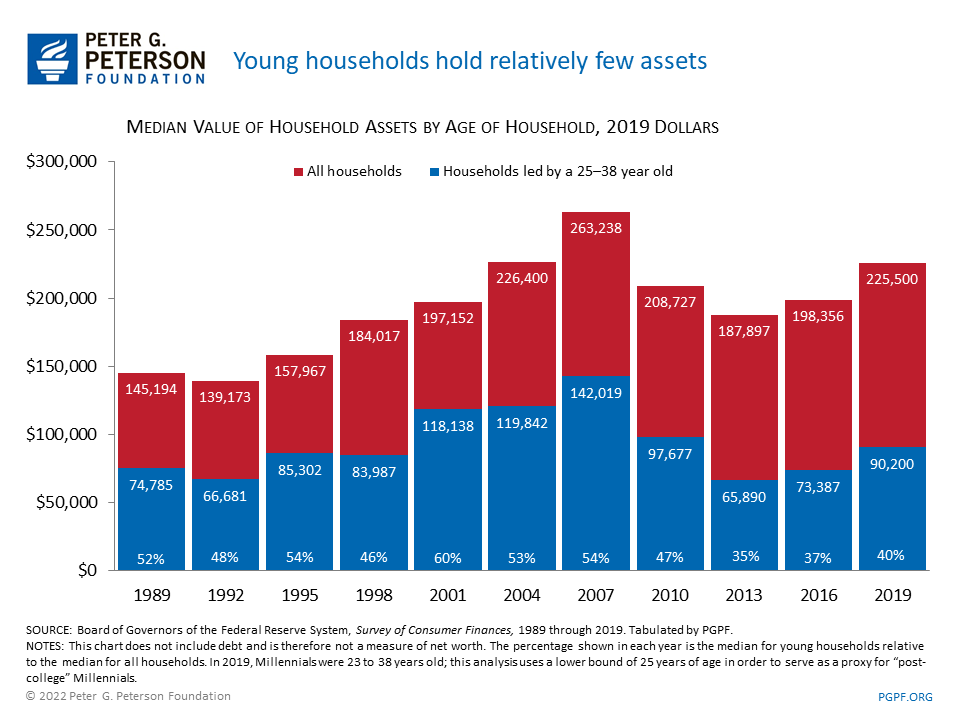 One way to brighten the outlook: Address our national debt. Absent action, the national debt will reduce the income of a four-person family by $16,000, on average, in 2048, according to a 2018 analysis by the Congressional Budget Office.

What’s more, this income stagnation and decline in assets comes as the next generation faces ever-rising student debt loads.