Faced with rising student debt burdens, stagnant wages, and a higher cost of living, our generation faces obstacles to growing assets, such as buying a home.

One of the starkest illustrations of how our economic outlook differs from that of our parents’. The declining share of younger Americans who own their homes. 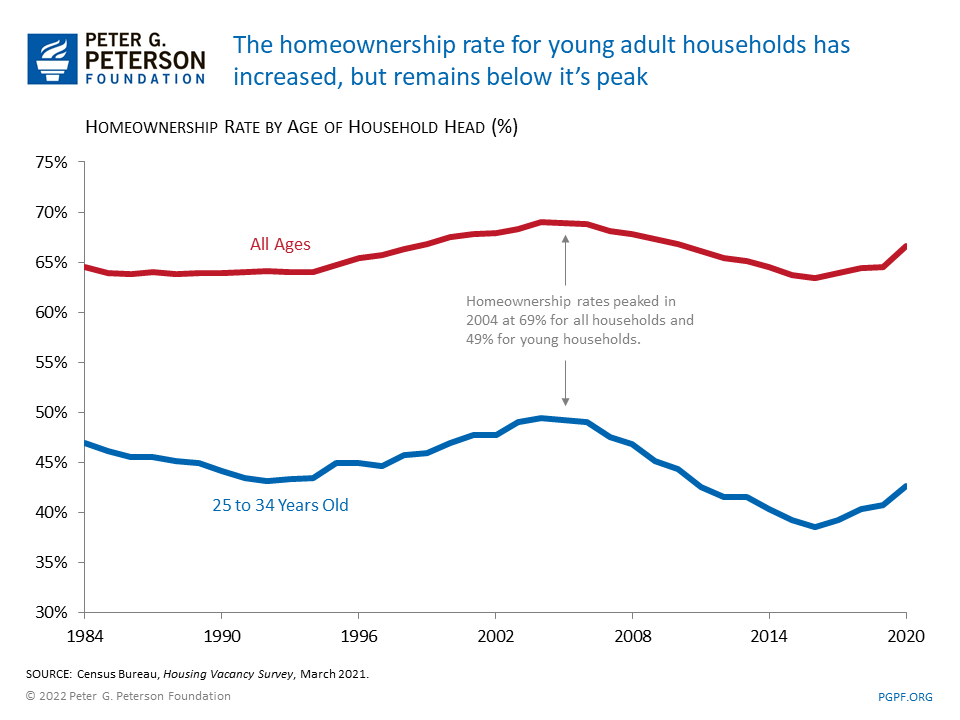 But the next generation has not given up on the American Dream. According to a 2016 Trulia survey, nearly three-quarters consider homeownership part of their American Dream, and 83 percent plan on buying their own home someday.