The United States' projected federal budget deficit for 2019 is nearing $1 trillion. The coming year will likely see an even larger deficit with the current 2020 budget proposal amounting to $4.746 trillion.

The deficit accrued during the first 11 months of 2019 represented an increase of 18.8% compared to the total deficit for 2018. Why is the federal deficit increasing at such as fast pace?

There has been an ongoing trend toward increasing the budget of several major agencies. In 2018, the Department of Homeland Security increased by $35 billion due to disaster relief efforts. That same year saw an increase in the Department of Agriculture, Veterans Affairs and health insurance subsidies budgets. 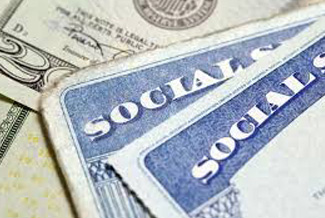 Some spending categories have remained high over the past years. Social Security, Medicare and Medicaid account for 60% of the federal budget.

Spending for that category is expected to increase due to the aging population. Social Security alone would cost $1,820 billion per year by 2029.

Interests are another category that is growing at a fast pace due to the current level of debt reaching unprecedented highs. In 2019, the government spent $479 billion on interests alone. Over the next 10 years, interest could cost as much as $6.9 trillion. It's estimated that the government will spend more on interest than it does on defense by 2023. 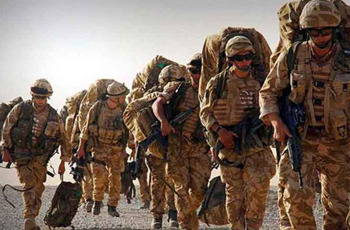 Military spending is the second-largest spending category in the federal budget after Social Security, increasing steadily since the 9/11 attacks.

The government will spend $989 billion in that category between October 2019 and September 2020. Here is how that money will be spent:

The Tax Cuts and Jobs Act was passed into 2017 and reformed the tax code. That reform reduces government revenues and emphasizes the imbalance between the current level of spending and revenues.

It's estimated that the tax reform will cost $1.5 trillion in lost revenues over the next 10 years. The government took in $3.3 trillion in revenues in 2018, which represents an increase of less than 1% compared to 2017 while spending increased by 3.2% over the same time period.

Why isn't the government passing a balanced budget?

There is a lack of urgency to address the issue because the U.S. Treasury is still able to find investors for the bonds it issues to fund spending. Congress keeps validating higher budgets by raising the ceiling debt regularly.

Securing additional sources of revenue is difficult because tax cuts have a positive impact on election results in the short-term.
Current levels of spending aren't sustainable long term. U.S. citizens are currently facing a fiscal challenge that needs to be addressed with responsible fiscal policies. It's an issue that will affect future generations as it slows down economic growth.

You can take action now by getting your voice heard and advocating for responsible government spending with Up to Us.