What Would be the Financial Impact of Building a Border Wall?

Securing the U.S.-Mexico border with a wall was a recurring promise made during Donald Trump's 2016 presidential campaign. The government just went through the longest shutdown in U.S. history over funding the wall.

Would the current request for $5.7 billion in funding allow for the construction of a border wall, or would the project end up costing a lot more?

How did the government shutdown happen?

A government shutdown happens when Congress doesn't find an agreement for funding the different government agencies. Non-essential government services stop operating, and some federal employees have to work without pay to ensure that essential services are still available.

The shutdown started on Dec. 21, 2018 . On Jan. 4, 2019, President Trump announced that the shutdown would continue until $5.7 billion in funding were approved for the construction of a border wall. 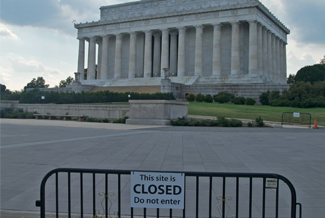 On January 19, President Trump announced that he would agree to a three-year protection from deportation for those under the protection of the DACA program if the funding request were approved. This offer was rejected by the Democrats in Congress. On January 25, 2019 President Trump signed a short-term spending bill into law that did not include his requested $5.7 billion for a border wall. The three-week stopgap re-opened the government through February 15, 2019. President Trump did insist that a border wall is needed and that a government shutdown could occur again starting in February if the funds were not approved.

Where does the $5.7 billion figure come from?

The construction of the border wall is a project that was first introduced during Donald Trump's presidential campaign. It was originally presented as a project that would cost $25 billion and would be financed by the Mexican government.

A first budget proposal for the border wall was introduced in January 2018. This proposal asked for $25 billion for the project. The administration has mentioned that $18 million and $15 billion in government spending would be needed to construct the wall on different occasions.

The amount of funding requested for this project has been reduced to $5.7 billion after previous proposals have been rejected, but the methodology to assess the cost at $5.7 billion remains unclear. 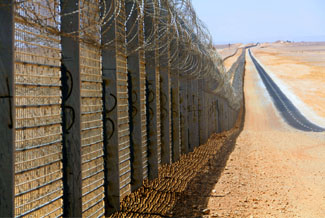 The Department of Homeland Security compiled a thorough report to assess the feasibility and costs of the project. The report found that building a wall would cost $21.6 billion and would take more than three years. The report splits the construction project into different phases and is based on concrete designs for the wall.

Other sources estimate that the cost would be much higher. The MIT Technology Review estimates that the project would cost $40 billion, while a report ordered by the Senate Democrats puts the price tag of the border wall at $70 billion once the cost of surveillance technology is taken into account.

The cost of maintaining the wall is estimated at anywhere between $150 million and $750 million a year.

Criticism from the Government Accountability Office

The Government Accountability Office is an independent agency that delivers objective, fact-based information to Congress. This agency looked at the funding proposal for the border wall and found that it was missing some crucial elements.

The report from the Government Accountability Office raises some important concerns about the current proposal, such as the fact that it doesn't account for the varying terrain along the border. The current proposal also doesn't make any provisions for acquiring private land on which the wall would be constructed.

There are some concerns regarding the methodology used to design the wall since the sections where the border wall would be constructed haven't been properly studied to determine if a wall would actually prevent illegal border crossings. 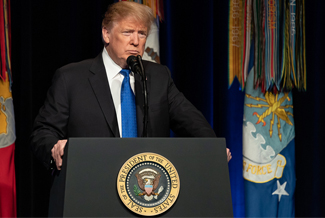 If Congress passes a federal budget that excludes funding for the border wall, this is an issue that will probably come up again next year. If the $5.7 billion in funding is approved, the construction project will begin but might fall short of the original goals of the project.

The administration will more than likely seek additional funding in the future to extend the border wall and secure surveillance technology to create a wall system that works as intended. Either way, the border wall will probably become a central topic during the 2020 presidential campaign.

Visit ItsUpToUs.org to find out how the fiscal policies of today can shape their realities in the future. Our future is our responsibility. Learn more here.