What is the Outcome of the COP24 Climate Talks?

COP24 was the 24th edition of the Conference of the Parties to the United Nations Framework Convention on Climate Change. The current goal of this yearly conference is to find a way to put the details of the 2015 Paris Agreement into practice.

The conference took place in Katowice, Poland in December 2018 and lasted for two weeks. The outcome is perceived as mostly positive by the participants because a compromise was reached, and the participating nations moved closer to implementing the guidelines of the Paris Agreement.

However, a new report suggests that the actions taken won't be sufficient.

The U.N. Intergovernmental Panel on Climate Change presented a detailed report on the status of climate change. The report projects that there are 12 years left to prevent the climate from increasing by an additional 1.5 °C that would have disastrous consequences. 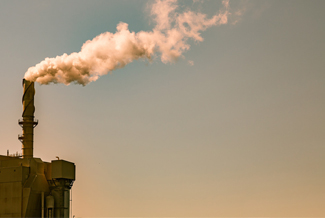 The report recommends cutting current carbon emissions in half to prevent this increase by rethinking the transportation infrastructure and how energy is generated. It also looked if climate change could cause more extreme weather events and threaten biodiversity, which could result in a large-scale hunger crisis.

The report turned out to be a point of contention during COP24 talks. A majority of nations recognized the findings, but the U.S., Russia, Saudi Arabia and Kuwait didn't officially recognize the results and recommendations of the report.

The Paris Agreement and the outcome of COP24

The 2015 Paris Agreement was designed to implement a uniform method for keeping track of carbon emissions and measuring the impact of different projects on slowing down climate change. The agreement also covers some business practices designed to reduce emissions.

The agreement also includes $100 billion in funding coming from the wealthier countries to finance different projects designed to reduce emissions. COP24 represents a major step in the right direction since participating countries agreed on a uniform way to measure and report on the effectiveness of their efforts to reduce emissions.

However, some issues such as carbon credits and international trade weren't agreed upon. These are issues that will be discussed again next year, along with how the $100 billion in funding are to be awarded and transferred.

Experts agree that the steps taken so far won't be enough to prevent the predicted temperature increase by an additional 1.5 °C over the next 12 years.

The two weeks of talks have drawn attention to the fact that not all countries are equal when it comes to climate change. Small island nations have the most to lose due to the risk of rising sea levels even though they have small bargaining power. 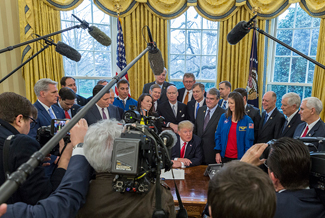 The U.S., Russia, Saudi Arabia failing to welcome the findings of the IPCC report made it clear that oil-producing countries have interests that contradict the Paris Agreement. The Trump administration has stated that the U.S. would withdraw from the Paris Agreement, but this won't be possible until 2020.

Climate change is an issue that deserves more attention. Think about joining Net Impact's Climate Drawdown Challenge to work on finding design and business solutions to this crucial issue.