What is the future of the Affordable Care Act?

On December 18, 2018, Judge O'Connor made the headlines by ruling that the mandate for individual coverage created under the Affordable Care Act (ACA) was unconstitutional. The ruling puts the future of the ACA in question and suggests that the act could be repealed. This is something that could leave 19.7 million Americans uninsured.

The ACA has been a partisan issue since the law was originally passed in 2010. The Democrats want to support the existing system while the Republican party has been talking about repealing and replacing the ACA for years.

This ruling was issued at the very end of the enrollment period for 2019 and has no immediate effect on the ACA. The ruling will be assessed by the Court of Appeals and could be appealed or upheld.

The main argument against Judge O'Connor's ruling is severability. There are legal precedents for cases where parts of a law were found unconstitutional but the rest of the law remained in effect.

How did the ruling affect enrollment for 2019?

Experts agree that the ruling creates a certain degree of uncertainty for the health insurance market and could result in higher prices. However, enrollment for 2019 was only slightly lower than enrollment for 2018, and different factors could explain the difference.

There was only a 4 percent drop in enrollment between 2018 and 2019 with 8.8 and 8.5 million Americans respectively enrolling for these two years.

This difference could be tied to more individuals having access to coverage via their employer, or to more people deciding against enrolling now that the tax penalty is no longer an issue. Some of these individuals might have opted for a less comprehensive plan not included in the marketplace to have some degree of health care coverage. 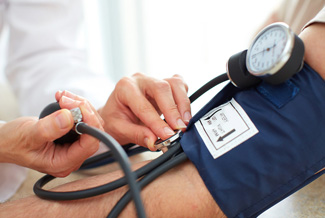 There was also a significant reduction in outreach and advertising efforts before and during the enrollment period, as well as a shorter enrollment period compared to 2018. The initial advertising budget of $100 million was reduced to $10 million while funding for assistance with signing up was reduced by $23 million. It's possible that these cuts had an effect on enrollment, but their effects might be limited since awareness of the health care marketplace and enrollment system is something that already exists at this point.

What could happen next?

Judge O'Connor's ruling includes a provision that keeps the law into effect while it is under appeal. A total of 17 states want to keep the ACA and have asked Judge O'Connor to clarify his ruling so they can file an appeal. 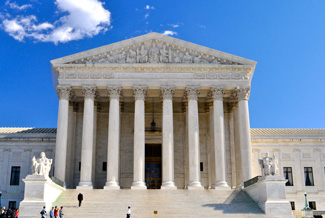 The decision would then go to a U.S. Court of Appeals and could end up being reviewed by the Supreme Court sometime in 2020. The existing marketplace and enrollment system will remain in place until a verdict is reached by an appellate court or by the Supreme Court. This is something that will take months and even years, and upholding or replacing the ACA is a partisan issue that will be discussed during the 2020 presidential campaign.

Net Impact was created to connect and inspire tomorrow's leaders. You can make a difference. Advocate for financial responsibility and make an impact by joining a local chapter or starting one on your campus!