The United States federal government has been operating thanks to a succession of short-term funding bills, the most recent one signed in November 2019 to extend funding through December 20. 2019.

Discussions about the budget and the debt ceiling will begin again in December and lead to a shutdown or a new short-term bill.
The debt ceiling is a topic that comes back in the headlines after a few months as Congress discusses short-term funding options. What is the point of having a debt ceiling if Congress always raises it? Is it a mechanism we still need to have?

The purpose of the debt limit

The debt ceiling was created to put a cap on what the government can borrow. It applies to the $16.2 trillion publicly held debt and to the $5.9 trillion the government owes to funds like Social Security.

When the limit is reached, the U.S. Treasury has to stop issuing bonds and can no longer fund spending. Extraordinary measures like borrowing from retirement funds or closing some services may then go into effect.

Is the debt ceiling broken? 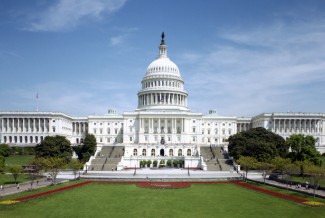 Congress has raised the debt ceiling more than 100 times since its creation in 1917. It has been raised 78 times since 1960.
In the past, getting close to the debt ceiling typically resulted in productive discussions about spending. The debt limit was a mechanism or signal that indicated it was time to review fiscal policies.

The debt ceiling no longer fulfills that function. It has become a buzzword that sends financial markets in a panic. Meanwhile, the general public becomes desensitized to the issue as new short-term funding bills are discussed every few months.

The debt ceiling is no longer a mechanism that nudges Congress toward better fiscal policies. Rather, it's another obstacle in the budget discussion process.

The budget and debt limit have also become highly-polarized topics. Democrats and Republicans seem to use those topics to blame each other rather than working on finding solutions, and the issue of the unsustainable level of debt remains unaddressed.

Should we get rid of the debt ceiling?

A cap on how much the government can borrow seems necessary given the current level of debt. There is a need to acknowledge that the debt ceiling is no longer the useful mechanism it once was. The root of the issue is the lack of productive discussion in Congress, and the fact that fiscal policies aren't approached as a bipartisan issue.

Making some changes to the way Congress passes funding bills and raises the debt ceiling could be beneficial. Americans could see a new process whereby the President has to submit a request to raise the debt ceiling in advance while setting a reduction in spending to get his request approved.

It's Up to Us believes that activism is the best way to draw attention to our broken debt ceiling and ineffective system. Get involved by entering a competition, signing our pledge or attending a campus event if you want to get your voice heard on that important issue.