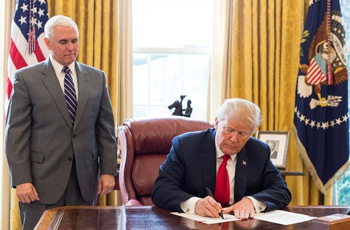 On December 22, 2017, President Donald Trump signed into law the Tax Cuts and Jobs Act, the most sweeping change to the tax code since the Tax Reform Act of 1986. The Act, which includes provisions to reduce the federal corporate tax and abolish the Corporate Alternative Minimum Tax, was the fulfillment of no fewer than nine of President Trump's campaign promises.

A brief overview of the Act

The Tax Cuts and Jobs Act made four large changes to the federal corporate tax code:

1.    It reduced the federal corporate tax. The old tier system, which ranged from 15 to 35 percent, was replaced with a flat 21 percent federal corporate tax rate.
2.    It abolished the corporate alternative minimum tax. Previously, the CAMT was 20 percent for corporations with over $7.5 million in annual revenue.
3.    It reduced the repatriation tax. The tax on offshore profits from overseas subsidiaries will now be taxed at 8 percent (15 percent for cash).
4.    It changed the U.S. tax system from a global one to a territorial one. Companies were formerly required to pay their U.S. corporate tax rate no matter where their subsidiaries operated. Now, they pay the corporate tax rate of the country in which they are legally established. 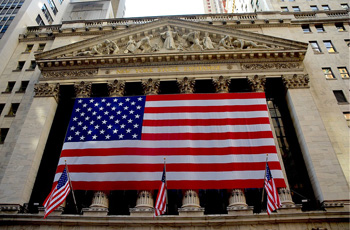 These four changes are deceptively simple. But they have a large effect on the desirability of the U.S. as a place for corporations to do business. The last one, for example, eliminates the incentive for inversion, encouraging corporations to bring their headquarters back to the United States. The long-term outcome of the Act is a domino effect: Each country with the next highest corporate taxes will be forced to slash them in order to remain attractive for global investment.

How countries are reacting

Due to its proximity, Canada will be one of the countries hardest hit by a loss of competitiveness. A coalition of businesses is pushing the Canadian government to cut taxes to keep investment money from being diverted away from the country. Such a measure is unlikely, though. The current Canadian government is focused on making investments more attractive on the front end, and they have promised to keep the deficit low. Cutting corporate income taxes would go against both of those objectives.

By contrast, the U.K. seems intent on one-upping the United States; in fact, Prime Minister Theresa May has all but guaranteed it. Her plan is to cut the corporate income tax rate from 20 percent to 15 percent. However, Brexit has muddled her plans to do so. 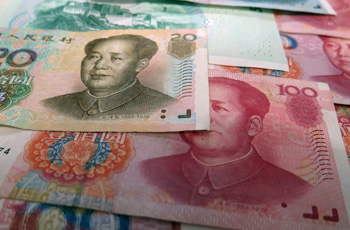 China is watching two things happening in the United States: interest rates being increased and taxes being decreased. The combined effect means that capital will leave China. Because the Chinese government derives more than 80 percent of its revenue from taxes, it is poorly positioned for that to happen. The country is planning to move swiftly with every lever at its disposal - higher interest rates, tighter capital controls and currency intervention - all to keep investments inside its borders.

Germany as a whole is concerned that investment and jobs will shift from Europe to the United States. Chancellor Angela Merkel has failed to reach an agreement with the pro-business Free Democratic Party, though, so it does not look promising for them. Their corporate tax rate remains at 30 percent, which is prohibitively high on the global stage.

The future of corporate taxes

While the individual income tax provisions of the Tax Cuts and Jobs Act all have sunset dates around 2025, the corporate tax provisions are permanent. Every country that wishes to remain competitive with the U.S. in attracting foreign investment must carefully consider how they can reduce their own corporate income taxes.