What Would Happen if Student Debt Vanished?

College graduates who choose to pursue a career in education, health, law enforcement and other public service sectors can qualify for a student loan forgiveness program. In some situations, graduates can also make changes to their repayment plans based on their income. 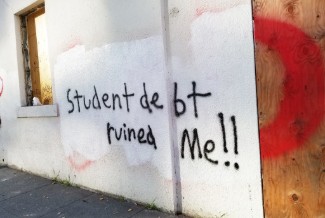 With one in six adults currently owing money on federal student loans, debt forgiveness is a topic that is receiving attention during the 2020 campaign.

Sen. Elizabeth Warren (D-Massachusetts) is touting an income-based forgiveness program that would cancel up to $50,000 in loans for graduates who earn less than $100,000 a year. The presidential candidate's plan would cancel all student debt for 75% of borrowers, and would be funded thanks to a new tax for high-income individuals.

Sen. Bernie Sanders (I-Vermont) favors a plan that cancels all student debt, meaning new tax on financial institutions would be created to finance that plan.

The average student loan payment is $393 a month. Erasing or lightening the burden of student loans would result in an immediate increase in disposable income for one in six adults.

Erasing student loan debt would result in an estimated U.S. Gross Domestic Product increase of $86 to $108 billion per year. It would increase business and job creation, although might result in a slight increase in interest rates. But that could encourage graduates to invest or save their disposable income. Researchers don't believe it would have a significant effect on inflation though.

Another foreseen effect is an increase in households' capacity to be resilient to economic cycles. Borrowers would be less likely to find themselves in situations where they are financially vulnerable.

Those with the smallest amount of debt and those who didn't finish their degree tend to be the ones who struggle the most with payments. And they would be the ones who would benefit the most from an extended loan forgiveness program.

Is forgiving all student debt feasible? It depends on how the program would be financed and the criteria graduates would need to qualify.

It's also important to consider the impact of a forgiveness program on taxpayers and lending institutions. A loan forgiveness plan could raise some new questions regarding the cost and value of a college education. That might not seem fair for those who have repaid their loans.

The mission of It's Up to Us draws attention to student debt and other important issues through events and competitions. Get involved and contribute to the conversation about the issues that matter to you.