Axios recently conducted a study to find out which issues are most discussed on college campuses. The student newspaper editors of 120 different colleges shared the topics they write about and the issues their readers care about. The findings of the study provide us with unique insight into what matters to college students.

The editors who participated in the Axios study mentioned diversity, race and inclusion as some of the most discussed topics on college campuses. Students often see diversity as an advantage, but those issues need to be discussed because students who belong to minority groups are more likely to experience emotional distress during their college experience.

A study found that 40% of college students identify as black, Latinx, Asian or another minority. There is a significant discrepancy between the diversity of the student body and that of faculty members. 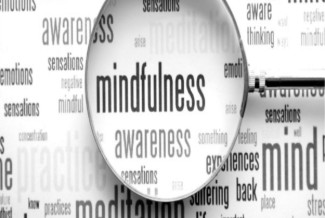 Mental health is another common concern among college students, and many editors reported discussions about the need for mental health services on campus.

Anxiety and depression are widespread issues, and suicide is the second most common cause of death among college students.

Attitudes are changing regarding the stigma that surrounds mental health, and young adults are more likely to talk about those issues. Schools are responding to that demand; 80% of university executives say that mental health services are a bigger priority now than they were three years ago.

The #MeToo movement sparked discussions of sexual violence on college campuses. The reality is that sexual violence is more prevalent on campus than other types of crime, and it's still largely unreported.

While some student newspaper editors wrote about scandals involving university officials, others focused on broader issues like rape culture, the need for sex education and the role of campus law enforcement.

Some of the editors who took part in the study mentioned gun violence and public safety. These issues are a reflection of broader trends in the media, but college students are directly concerned with them because of campus shootings. In 2018 alone, 94 gun violence incidents were recorded in schools, and 55 people died in K-12 and college campus gun violence incidents.

Gun violence and public safety are closely connected to mental health, but dialogue should focus on the issues of legislation and gun control, too. 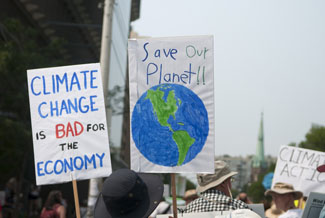 Climate change is also getting some attention on campuses. That issue is likely to affect students' future and there is a general feeling that it's high time to take action. Among 18- to 29-year-olds, 50% think the government should do more to address climate change.

Which issues do students discuss on your campus? Do you feel such discussions are productive and lead to change? Structured discussions and programs could be the key to awareness of important issues and more productive dialogue. It's Up to Us has been engaging students on college campuses to draw attention to issues like economic outlook, fiscal policies and student debt. Find out more about its programs and think about starting a chapter on your campus!