What are Millennials doing with their Extra Money from Tax Cuts?

The Tax Cuts and Jobs Act resulted in 90 percent of Americans seeing an increase in their take-home pay. A majority of workers have a higher disposable income, but there are differences in how this money is spent.

These differences give an interesting insight into how priorities differ from one generation to another.

Why are take-home pays increasing?

The Tax Cuts and Jobs Act established new income tax brackets. The IRS released updated guidelines for withholding federal taxes from paychecks, which means that many workers are seeing an increase in their paychecks. 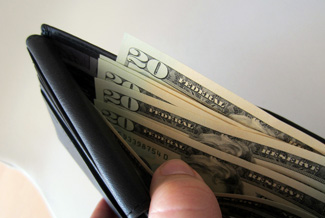 On average, millennials earn $35,952 a year. This means that young adults are seeing their paychecks increase by $50 a month provided that they get their pay bi-weekly. The tax reform is also affecting corporations.

Some employers are taking advantage of the tax cuts to increase wages, hand out bonuses, or increase benefits in the form of company stocks. It is also estimated that 80 percent of taxpayers will see their tax bill decrease and disposable income increase, thanks to the higher Child Tax Credit and other measures.

The impact of state income tax

State and local income taxes limit the disposable income available to young adults and other generations in some areas. Under the Tax Cuts and Jobs Act, the state and local tax deduction is limited to $10,000, which means some individuals might end up paying more in taxes, for instance, if they have to pay state, city and property taxes.

Some states such as Washington, South Dakota, Wyoming, Alaska, Texas, Tennessee and Florida currently don't have an income tax. However, workers who live in California have to pay an income tax of 13.3 percent. Vermont has the second highest income tax rate at 8.95 percent, and New York is next with 8.82 percent.

Some cities such as New York City and San Francisco have their own income tax that is added to the state income tax. The ZIP code with the largest millennial population is in Brooklyn, which means that not all young adults will see their take-home pay increase.

However, cities like Austin, Dallas, and El Paso are popular among young professionals. These young adults will see their paychecks increase besides not having to pay any state income taxes.

What are young adults doing with their higher take-home pay?

Bank of America conducted a survey to find out how people were planning on spending this money. The study found that the millennial generation had a more responsible attitude towards finances.

Young adults plan on saving this money in 20 percent of cases. 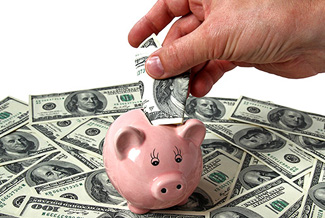 This responsible financial behavior is a reflection of the challenges young adults are facing between debt, job security and slow wage growth. Unfortunately, this responsible attitude towards finance isn't shared by the current administration since the Tax Cuts and Jobs Act could result in an additional $1 trillion in deficit over the next 10 years.

You can make a difference by advocating for responsible fiscal policies and increasing awareness for these issues. Visit ItsUpToUs.org to find out more about our programs.