The Coronavirus Aid, Relief, and Economic Security (CARES) Act passed on March 27 although its impact is just getting started. This legislation is the third phase of its implementation, designed to lessen the economic impact of the COVID-19 pandemic and is aimed to keep businesses and individuals afloat during an unprecedented freeze on the majority of American life.

The largest emergency response bill in history, the CARES Act allocates $2 trillion in emergency funding to provide relief to households, small and large businesses, states and municipalities, and healthcare providers, among others.

Many commentators have noted that the CARES Act is better characterized as a relief bill, which addresses the more immediate fallout, than a stimulus plan, which would restore regular economic activity and is expected to roll out in subsequent phases.

Here's a look at the main breakdown of how the CARES Act will be spent. 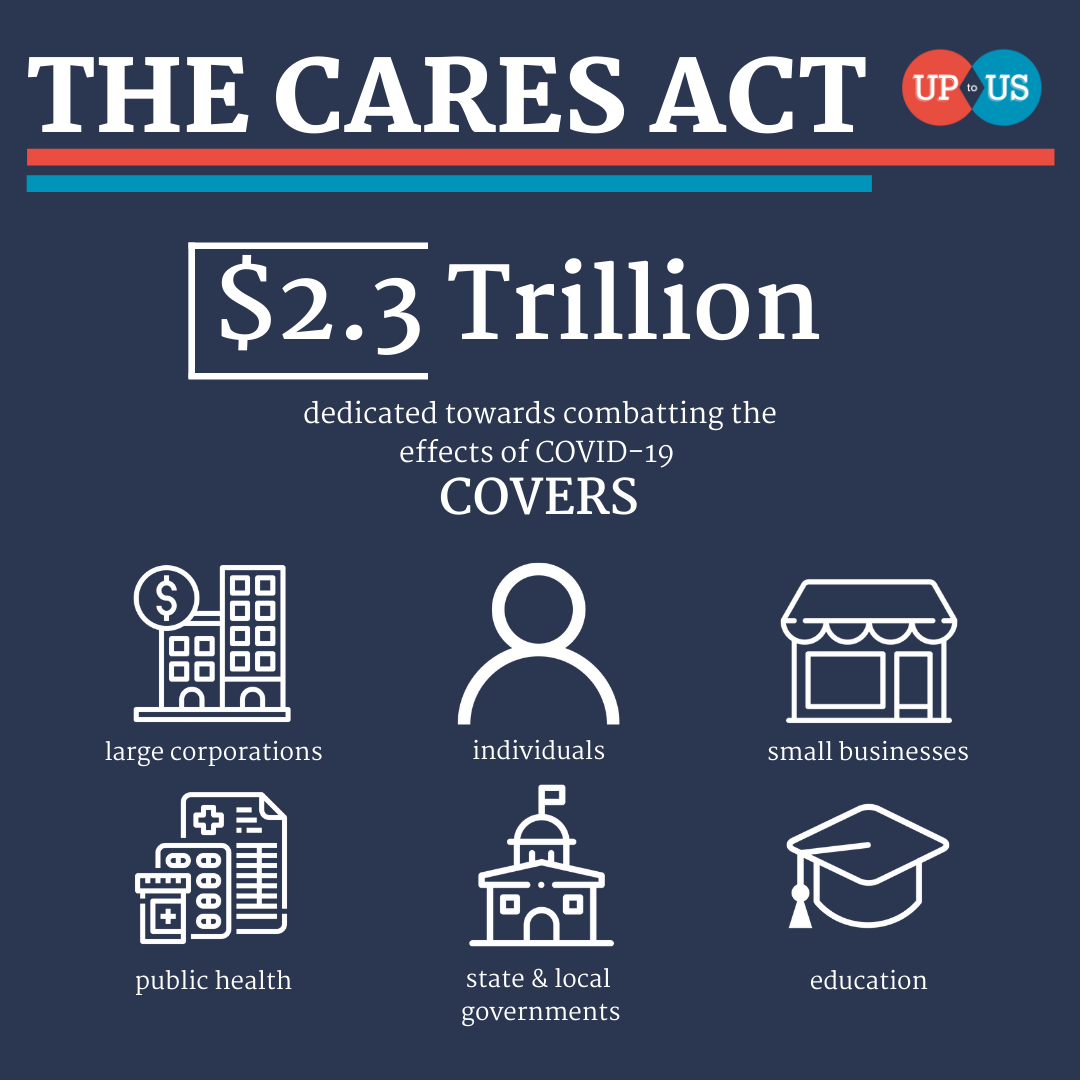 The CARES Act allocates about $150 billion in funds to enhance hospital capacity, expand the strategic national stockpile of personal protective equipment, support the public health efforts of the Centers for Disease Control and Prevention (CDC), and underwrite vaccine and therapeutic research. Senate minority leader Chuck Schumer has called this a “Marshall Plan” for health care, but this is not rebuilding after the war, this is the war effort itself. Indeed, this is part of what Senate majority leader Mitch McConnell has aptly called “a wartime level investment in our nation.” 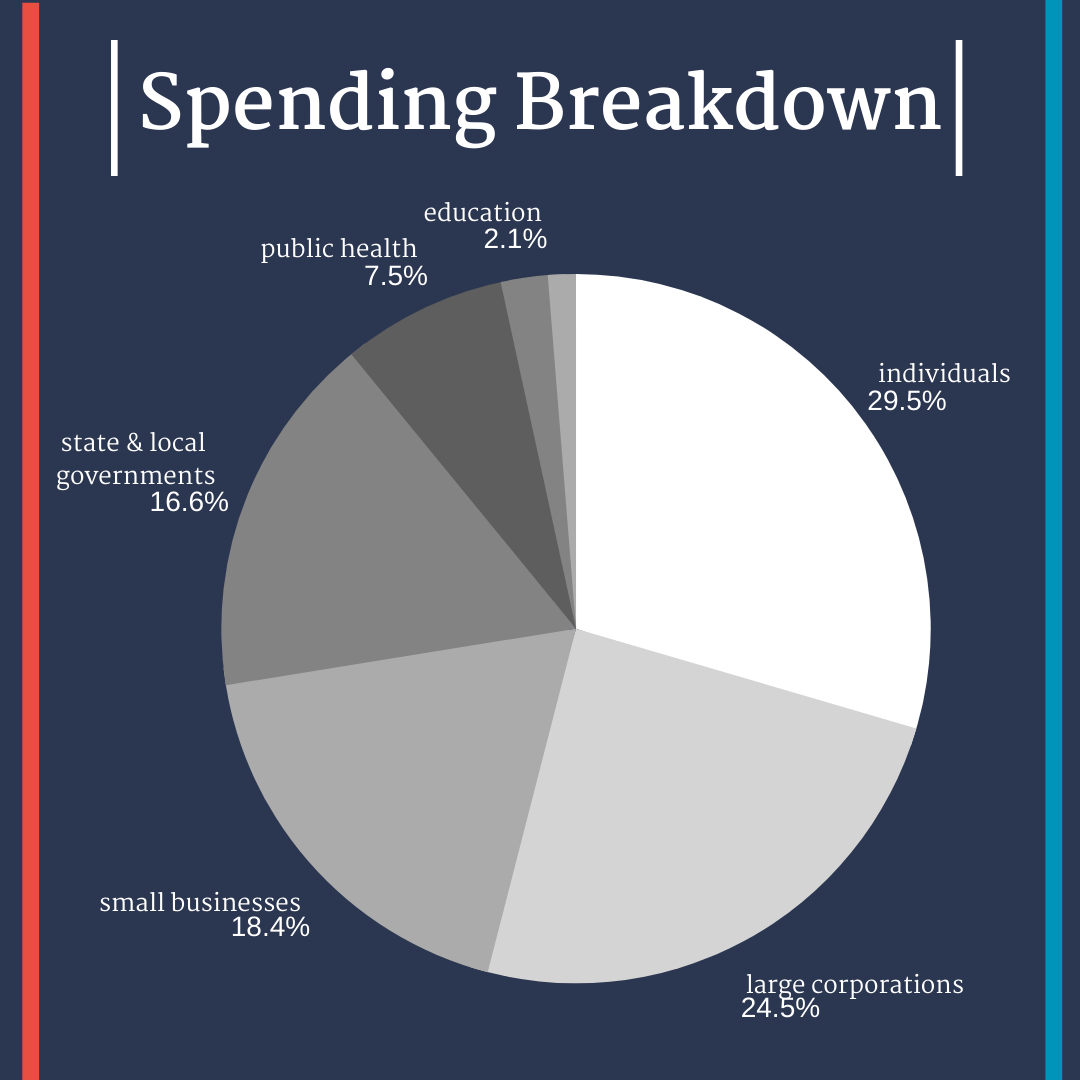 One major element is that the Act notably extends unemployment insurance benefits to the self-employed and independent contractors—groups that typically don’t qualify for assistance. It allows anyone who couldn’t work because of coronavirus to receive benefits. That includes those who were laid off, became ill, or had to care for someone else with coronavirus. By extending the duration of benefits by 13 weeks, it increases payments by $600 per week for 4 months, and makes gig economy workers and the self-employed newly eligible recipients.

In addition, the federal government will provide temporary full funding for the first week of unemployment. Typically, the first week is not covered. 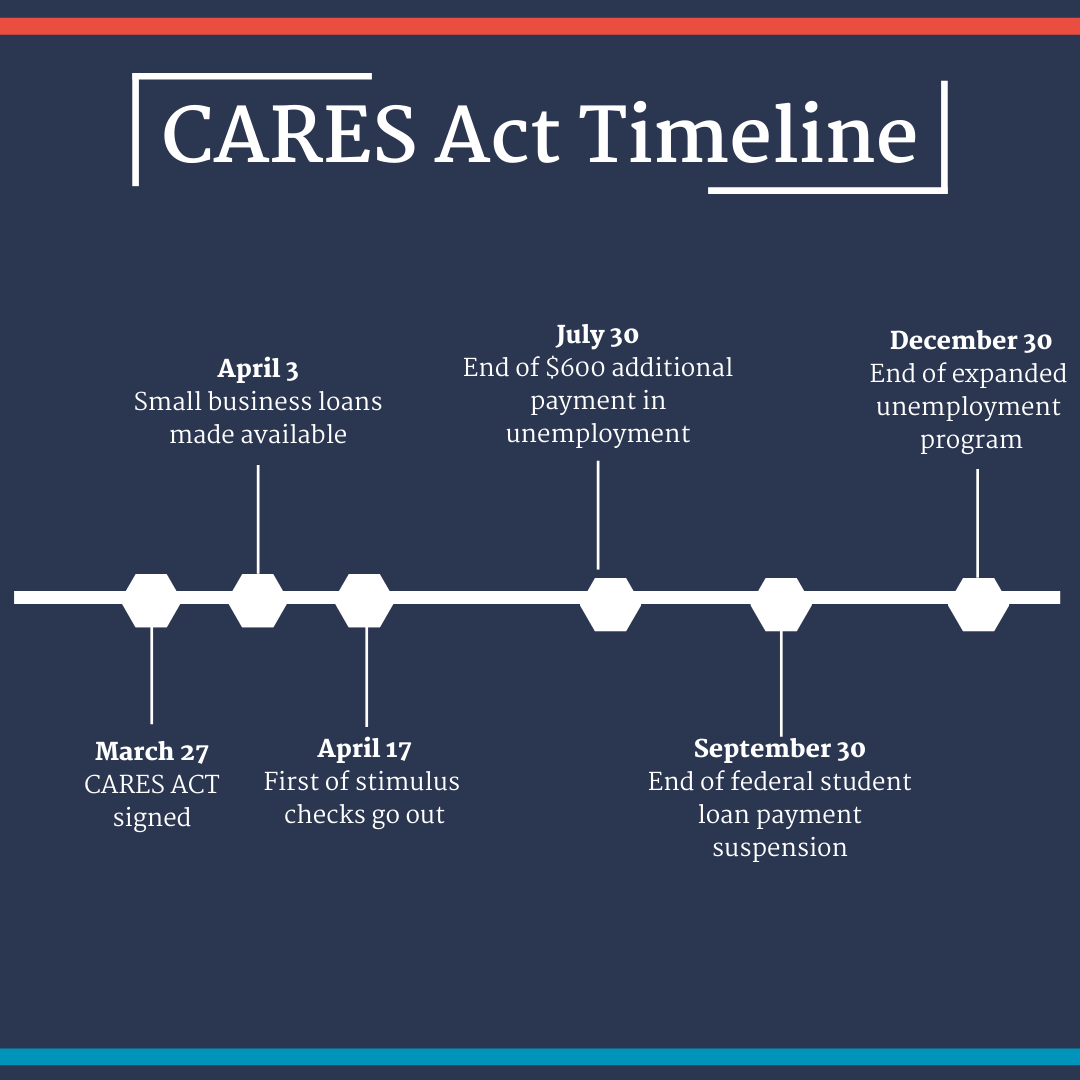 The CARES Act will raise U.S. debt substantially relative to a scenario where the economy did not have coronavirus. But, of course, that is not a relevant counter-argument, according to experts at the Brookings Institute. When the alternative scenario is an economy with coronavirus but without the CARES Act, the new legislation will have a much smaller impact on debt, because it will help prop up the economy, reduce the severity (and possibly the duration) of the recession, and leave the economy in a stronger situation to bounce back after the virus has been neutralized.

The Congressional Budget Office (CBO) estimates the economic impact of most bills, however a more detailed analysis is not yet available. Since this bill was passed so quickly, the CBO has not had a chance to report on its impact.

For updates around the economic effects of COVID-19 and its impact on the next generation, follow our work at Up to Us and be a part of the solution today.