Are we headed toward a new recession? According to 70% of economists, the U.S. is likely to enter a recession in 2021, and 38% believe that a recession could come sooner, in 2020.

Those predictions are largely based on economic models that indicate we could be approaching the end of a cycle. Not all experts agree on whether or not a new recession is coming since there are contradicting signals and some unknown factors.

Current trends in consumer spending don't support the idea that we're about to enter a new recession. Spending has been increasing in most categories, except for new vehicle purchases. During the first half of 2019, vehicle sales fell by 2%. Consumers typically secure big purchases when a recession is coming. Slow automotive sales are an indication that we might not be headed for a recession, although slow growth in that sector can negatively impact the economy.

Business owners aren't as confident as consumers. They're staying away from large investments, partly due to the climate of uncertainty surrounding the trade war with China.

The end of an economic cycle

Despite high consumer confidence, some signs suggest we might be headed toward a recession. One is the New York Fed's recession probability index. The index is based on Treasury spread and reached 32.9% in July 2019, the highest it's been since 2009.

The higher cost of living, combined with stagnating wages, is another signal that supports the recession theory. Since 2013, wage growth has stayed between 2% and 3% a year. Accounting for inflation, it was a paltry 1.4% from 2018 to 2019. Wages are stagnating compared to previous decades, with high inflation resembling that of the 70s and 80s, when wages typically increased by 7% or 8% a year.

At 3.7%, the unemployment rate doesn't indicate a recession is coming. However, it's important to keep in mind that unemployment numbers don't reflect part-time work and underemployment.

It's difficult for economists to make predictions with any kind of certainty due to unknown factors and limited historical data for current phenomena, such as the trade war or high federal debt level. We're seeing a unique situation in which traditional economic models might no longer be valid. 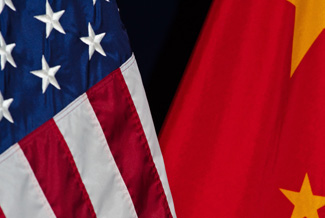 The trade war and escalating tariffs could slow trade on a global scale and cause recessions in the U.S. and China. The drawn-out negotiations are leading businesses to lose confidence and negatively affecting economic growth. This effect could be amplified if both countries adopt higher tariffs in the long term.

The current level of federal debt could result in a funding crisis in the near future. The $22 trillion debt significantly limits the government's ability to respond to a recession or other crisis. The government's lack of flexibility means that a recession could hit harder and last longer.

Adopting responsible fiscal policies should be a priority so that the government can be more responsive in case of a new recession. It's Up to Us advocates to draw attention to the need for better fiscal policies, and you can make a difference by getting involved through one of its campus events or challenges.