Is the U.S. Government Heading towards a Lower Defense Budget?

The U.S. is the country with the largest defense budget in the world. In 2018, military and national security spending accounted for 68 percent of all government spending. With the current level of federal spending and debt, the defense budget is an area where spending might be reduced in the near future. 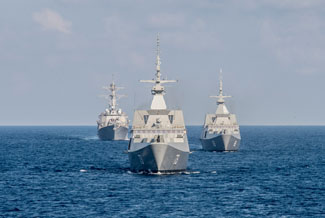 The current defense budget covers the time period spanning from October 2018 to September 2019. Congress has approved a budget of $892 billion. This $892 billion budget includes a base budget of $616.9 billion.

A total of $69 billion will go toward fighting Islamic State groups overseas, while $181.3 billion will be spent on different government agencies, including the FBI, Department of Veterans Affairs and Homeland Security.

This budget includes funds to boost recruitment for the military, a pay raise for current service members and the purchase of combat ships. The budget will also finance different R&D projects, such as producing aircraft and improving communications in space.

Will the 2020 defense budget be lower?

Congress has approved a $716 billion budget for defense spending in 2020. This is slightly lower than the initial request for $733 billion in funding. However, a tweet from President Trump recently draw attention to the "crazy defense budget" and mentioned a $700 billion budget.

It's unclear if the current administration's plans are to keep reducing defense spending since there have also been mentions to "fix the military," primarily through more hiring.

Is the current spending level sustainable?

The Department of Defense is currently spending a third of its budget on maintenance and personnel. This ratio is rapidly increasing and will continue to increase as hiring goes up and pay raises go into effect. 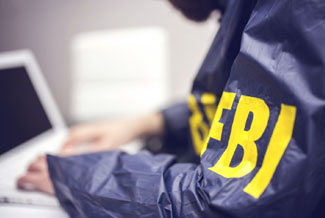 It's estimated that the Department of Defense would be spending its entire budget on maintenance and personnel by 2024. This means there would be no money left for R&D. Reducing hires would go against the current direction of the administration and Department of Defense, and closing bases isn't an option because the 2013 Bi-Partisan Budget Act includes a provision against military base closures.

There are also some arguments against reducing hiring and pay cuts or closing bases because these strategies would hurt military personnel, civilian hires and harm the local economy of the areas that benefit from the presence of a military base.

However, the Department of Defense will soon need a much larger budget to invest in R&D projects and maintain its presence overseas. If the entire defense budget goes towards maintenance and personnel, the global influence of the U.S. would quickly decline, and ties with allies could change.

The current federal debt is $22.7 trillion and keeps growing. It's estimated that the U.S. government will spend more on interests on its debt in four or five years from now than it does on defense. The slightly lower defense budget for 2020 won't be enough to balance the budget, and things will only get worse as the Department of Defense needs more funding for maintenance and personnel spending over the next few years.

Adopting responsible fiscal policies should be a priority for the current administration and should be at the forefront of the issues discussed during the 2020 campaign. Take a stand with It's Up To Us to raise awareness for this important issue, and we will look for solutions together.