Understanding the US Trade Deficit

The trade balance of a country is the record of the income generated by experts measured against the cost of imports. A trade deficit happens when imports exceed the value of the exports. The U.S. trade deficit has been mentioned in the news recently in the context of the trade war, and is often mentioned as something that needs to be reduced.

But what is the U.S. trade deficit, and why does it matter?

The U.S. trade deficit reached $566 billion in 2017. While imports represented $2.985 trillion, exports amounted to $2.329. This large trade deficit can be partly explained by the strength of the dollar and by the need to import consumer goods to replace U.S.-based manufacturing. 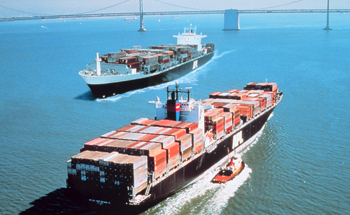 Even though consumer goods account for a significant portion of imports, it's important to remember that raw materials imported for manufacturing, automotive parts and vehicles are contributing to imports. Goods manufactured abroad by U.S.-based companies are also counted as imports.

Services represent a significant percentage of U.S. exports. This is the only industry where exports exceed imports.

Is a trade deficit necessarily bad?

In theory, a large trade deficit can have a negative impact on employment, currency value and interest rates. Importing large quantities of consumer goods can hurt the economy by creating an environment where competition is tough for local companies.

However, trade deficits tend to correct themselves over time. There are also some arguments in favor of maintaining a trade deficit. Importing consumer goods helps reduce prices and inflation. It also gives consumers access to a wider range of products and services. 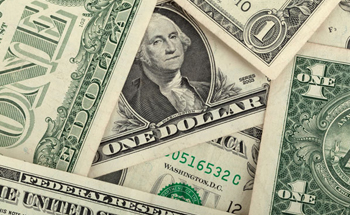 The U.S. currently has the largest trade deficit in the world, but the negative consequences mentioned above aren't a reality. The U.S. dollar - being the world's reserve currency - protects the U.S. from seeing consequences such as a devalued currency and higher interest rates.

The demand for the U.S. dollar will remain strong regardless of whether or not the trade deficit continues to grow. The current administration has been enforcing protectionist measures to reduce the trade deficit.

Tariffs on steel, aluminum and other imports are currently being renegotiated, but the trade deficit might be difficult to close. The current level of the federal debt has been strengthening the dollar as more foreign investors purchase treasury bonds, which means U.S. exports might become less attractive.

It's undeniable that there is a strong need for responsible policies in terms of foreign trade and government spending. These are important issues that will impact the U.S. job market over the following years as well as the global economy. Up To Us has been advocating for the adoption of a responsible fiscal policy, and you can get your voice heard by joining our program.