Millennials Like Me Should Worry about the National Debt

Americans are facing several issues blaming older generations for causing problems that range from climate changes because of pollution to social inequality. A major issue young Americans face is the national debt which is growing by the second. One of the main reasons the national debt grows is because of programs like Social Security and Medicare. While these social safety nets are extremely beneficial to our grandparents, it is likely that it will not be available for millennials when we retire.

What some people may not know is Social Security and Medicare do not cover all bills.  Many of the elderly fall into the “donut hole” towards the end of the year, a period of time in which Medicare plans do not cover certain prescriptions.  Last year, my grandma fell into this hole and was embarrassed to ask my family for money to help pay for medications that keep her alive and well.  Luckily, this year we were able to reach out for assistive programs that would help my grandma until the end of the year.

As I mentioned, these programs will likely be gone by the time my generation retires. I wonder, if my grandma struggled to pay for needed medication with Medicare, what will happen to me?  How will my generation pay for medical bills? 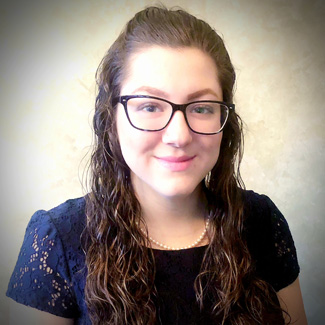 I am a nurse assistant at Beaumont Hospitals and when I first started working there I was confused why some people would come to the hospital and refuse treatments or delay until later on. I once asked why a patient was being very difficult about certain treatments and she informed me the patient likely could not afford to be here. The national debt is a serious issue because even though many older generations benefit from Social Security and Medicare, they still struggle with making payments. My job is to ensure health and safety to the best of my ability, it is difficult to do my job when a patient comes in and simply cannot afford the help I have to offer.

When I first was hired at the hospital, I carefully filled out my benefits and tax forms ensuring money would be put into a retirement fund. Programs like Social Security and Medicare will disappear given the unsustainable rate our economy is heading. Unfortunately, I worry if these funds will ever be enough to support me when I want to retire.

Over the last few decades, retirement age has increased. My grandparents were able to retire by the age of fifty-five. My parents will be lucky if they get to retire at that age. While the current average retirement age ranges from sixty-two to sixty-five, I doubt my parents will be able to retire in ten years with this national debt. My parents have been hard workers all their life, but struggle to support medical bills, three kids in college, and our house payments. The national debt worries me, because my parents deserve to retire at a decent age.

Government officials attempt to bring the national debt down for future generations. One of these attempts include a tax hike and budget cuts which only attempts to decreases the national debt. However, this adds to more problematic issues for all generations, especially millennials. The issues we face from these attempts are increasing unemployment rates and higher taxes.  As broke college students that are burdened with thousands of dollars in student loans, we need jobs to afford a comfortable lifestyle.

I am near the end of my college career and I am nervous about finding a job that will allow me to support myself and my loans. Overall, the national debt is increasing at a tremendous rate, and millennials like me who must deal with this burden should be worried, if not frightened. Our future and the future of all Americans are at stake.