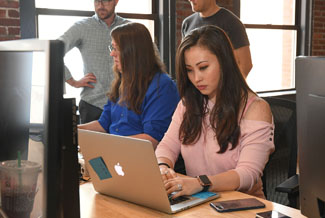 There is a significant difference in earning potential between young adults in the 18 to 26 age range and older millennials. While 55 percent of 18 to 35-year-olds earn under $25,000 a year, this percentage goes up to 80 percent for 18 to 26-year-olds.

This can be explained by the fact that young adults are more likely to have part-time jobs and to work in the service industry.

However, Gen Xers saw their income increase by 30 percent on average by the time they reached their 30s. This isn't a phenomenon that we are seeing in millennials who experience a much slower wage growth.

Millennials are more educated compared to previous generations. There is a connection between college degrees and higher wages, but the median income of a college-educated millennial is similar to the earning potential of a baby boomer without a college degree in 1989.

Compared to baby boomers, millennials are finding jobs with starting salaries that are 20 percent lower on average. Millennials are also facing slow and limited wage growth between the ages of 25 and 35. Despite being more educated, millennials earn 20 percent less than 25 to 34-year-olds did in 1989.

The cost of entering the workforce 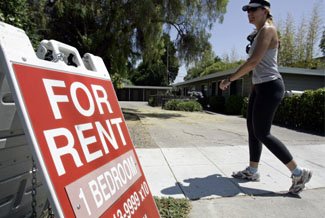 The student debt of the millennial generation is 300 percent higher than it was for their parents. Student loan payments are a significant expense, and young adults typically owe more than $30,000. Investing in a college degree makes young adults more employable, but it also results in a lower net worth and causes young adults to delay purchasing their first home.

However, the gender pay gap is significantly smaller for millennials. While men earn an additional $6.64 an hour on average, there is only a difference of $2.59 among millennials.

Lower wages can be explained by the slow growth of the GDP and by inequalities in economic growth. The sharp increase in federal spending and the current federal debt of $22 trillion are going to keep impacting economic growth and limit wage growth in the near future.

Millennials earning less than previous generations illustrates the need for more responsible fiscal policies. There is a strong need to manage the growing federal debt to achieve sustainable economic growth. Find out more about the programs and events organized by It's Up To Us if you want to learn more about the fiscal challenge we are facing and take action.