In March, the sixth year of the Up to Us Competition came to a close with 103 teams from participating schools nationwide submitting their Final Reports. This year’s competition was Up to Us’ largest year yet, which meant the competition was stiff. There was no shortage of creative events, powerful and surprising campus partnerships, and of course the tireless and passionate efforts of student leaders across the country. With the Final Reports submitted, we are excited to announce this year’s panel of esteemed judges! 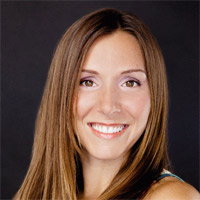 Jenn Graham is the Founder and CEO of Civic Dinners and Aha! Strategy. Her work focuses on fostering meaningful conversations, raising awareness and inspiring action around issues from early childhood education to transportation to racial equity. Civic Dinners is an award-winning civic engagement platform that convenes small, diverse groups of dinner guests to talk about the most pressing issues of our time. Her work in Aha! Strategy is focused on building issue-based campaigns with both the nonprofit and public sector to drive social change.

Gordon Gray is the Director of Fiscal Policy at the American Action Forum and former advisor to Senator Rob Portman (R-OH). Gordon has also worked as a professional staff member for the Senate Budget Committee as well as a deputy director of domestic and economic policy for Senator John McCain’s presidential campaign.  Up to Us is excited to welcome Gordon back for his second year as an Up to Us judge, as well as for his keen eye for innovative campaign strategy.

Steven Olikara is the Founder and President of the Millennial Action Project (MAP), the largest national, nonpartisan organization that mobilizes young policymakers in the United States. MAP works with young leaders to navigate political divisiveness and drive democracy forward. Steven is a frequent contributor as a political commentator on CNN, MSNBC, Fox News, NBC News, and the Wall Street Journal. He was named a Forbes 30 Under 30 and one of the Most Influential Leaders Under 40 by Washington Life Magazine. Steven is also a common guest for discussing next-generation leadership and tactics on how to engage Millennial audiences. 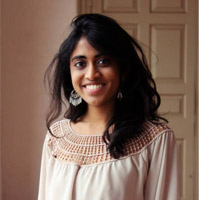 Sruveera Sathi is currently an intern at Alliance for Health Policy, a nonpartisan think tank for healthcare policy, and is simultaneously pursuing a Master’s degree in Physiology at Georgetown University. As a Neuroscience major and Public Health minor at College of William and Mary, Sruveera Sathi spent her undergraduate career in constant search for public service opportunities. She found that opportunity with Up to Us, where she focused her campaign on the impacts of the national debt on the healthcare industry. Sruveera’s campaign also featured a campus-wide debate between four ideologically diverse political groups on campus that addressed fiscal policy, foreign policy, and health care policy. With community engagement as a driving force throughout her life, she hopes to one day combine her background in medicine, love of public service, and strong advocacy to enact systemic changes in the healthcare system and beyond. Up to Us is thrilled to welcome her as a first time competition judge. 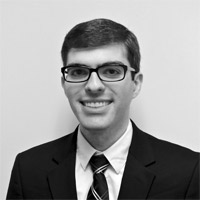 Ben Ritz is the Director of The Progressive Policy Institute's Center for Funding America's Future. Prior to joining PPI, Ben staffed the Bipartisan Policy Center's Commission on Retirement Security and Personal Savings and he served as the Legislative Outreach Director for The Concord Coalition. As a student at American University, Ben participated in year 2 of Up to Us and has been an outspoken proponent of the program ever since. This is his first year judging the competition.

Thank you to everyone who participated in this year of the Up to Us Campus Competition! The judging panel will deliberate over the next week and a winner will be announced on May 10th, 2018. Check back for a winner profile and more highlights from this year’s competition.