How the Tax Reform will affect Health Care and Mortgage 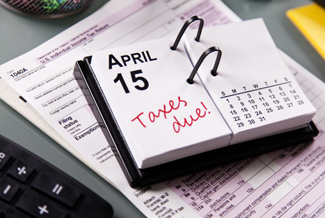 The Tax Cuts and Jobs Act was developed to simplify the way people file their taxes. One of the major changes is the significant increase of the standard deduction, but the new act implements the most changes the tax code has seen over the past 30 years.

Some of these changes affect itemized deductions, including medical expenses and mortgage and home equity loan interest deductions. Here is a closer look at how the Tax Cuts and Jobs Act is going to change the way taxpayers deduct these expenses.

Many taxpayers in this age group choose to itemize medical expenses due to out-of-pocket expenses that aren't covered by Medicare. Previously, taxpayers could deduct medical expenses if they exceeded 10 percent of their adjusted gross income. 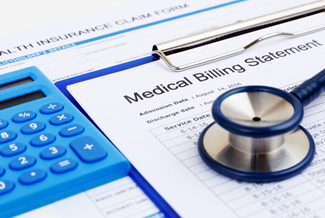 Under the revised tax code, taxpayers will be able to deduct medical expenses if they exceed 7.5 percent of their adjusted gross income. These expenses include out-of-pocket costs for doctor appointments, health insurance premiums, payments for long-term care facilities, prescription co-pays, costs linked to prescription glasses, dentures, hearing aids, wheelchairs, and other medical equipment, just to cite a few examples.

This new threshold will be applied for the 2017 and 2018 tax years but won't be adopted permanently unless more reforms are passed. Taxpayers should run different scenarios to determine whether itemizing medical expenses or choosing the standard deduction will be more advantageous.

Previously, the mortgage interest deduction cap was set at $1 million or $500,000 for married couples filing separately. The Tax Cuts and Jobs Act sets a new cap at $750,000 or $375,000 for married couples filing separately for mortgages taken out after Dec. 15, 2017. The interest deduction cap remains unchanged for mortgages taken out before this date.

There are some limitations that will go into effect in 2018 and last until 2026 regarding interest on home equity loans and lines of credit, but homeowners will be able to deduct these interests in most cases since there is an exception for loans and lines of credit used to purchase a property or make improvements to the property that was used to secure to loan or credit line.

The reasoning behind this tax reform is to reduce federal revenues in order to help stimulate the economy. But one should ask how the tax reform will impact the national debt and whether the economy can become strong enough to counter-balance the growing debt.

The country's fiscal challenges should be a priority. Up to Us is here to engage a new generation of leaders, bring attention to these issues, and inspire those who will drive tomorrow's changes. Support our action by taking the Up to Us pledge and let your representatives know that you want a fiscally sound future.