How Millennials can Change Congress

The recent midterm elections saw a 29-year old woman win against a 10-term congressman in New York's 14th congressional district. Alexandria Ocasio-Cortez's victory could be the beginning of a major generational shift in politics that would transform the makeup of the House and Senate, and prioritize issues such as student debt, the fiscal policies of the government and the environment. 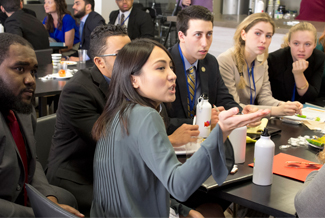 The Millennial generation encompasses individuals who are currently between the ages of 22 and 37. Since congressional candidates have to be at least 25 and senators need to be at least 30, members of this generation can now run for these seats.

The 115th Congress is one of the oldest the country has ever seen. The average American is 20 years younger than their representative. This new generation could replace career politicians and bring diversity as well as a different breadth of experience to both chambers. The Millennial generation would be a more accurate reflection of 21st Century America.

Ocasio-Cortez winning against a 10-term congressman is a symbol of this change, and this victory isn't an isolated phenomenon. Approximately 700 state legislature candidates were Millennials in the midterm elections. 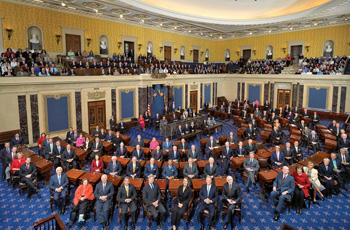 The new generation of politicians is offering an alternative to existing institutions and the left versus right approach. The first bipartisan youth caucus was created by the Millennial Action Project right after the 2013 government shutdown. The purpose of this movement is to foster leadership among young politicians and to create a link between entrepreneurship and politics.

The House and Senate have been characterized by partisanship. This has hampered the passage of laws because it led to more gridlock situations rather than collaboration. Fundraising also had been a priority for both sides.

There is a new generation of voters and politicians who want to get the system working again, and a bipartisanship approach could be the solution. 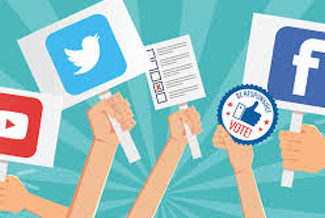 Young adults also want representatives who will address issues such as debt, the environment and the future of the workforce. Three out of four young adults are in debt, and one out of four owes more than $30,000. The new generation of politicians have experienced debt and stagnating wages, and understand how these issues affect individuals and why they should be a priority.

The diversity of this new generation of politicians will also result in a government that can draw on personal experience to address women's rights, LGBT issues and racial inequalities. Bernie Sanders' popularity among young voters during the 2016 elections showed that issues such as education and higher wages are also priorities for this generation.

Change isn't limited to members of Congress. Net Impact is an organization that offers different programs and challenges for the leaders of tomorrow. Join us to help us find solutions to issues such as fiscal responsibilities, environmental challenges and economic inequalities.