How the Federal Budget is Developed Each Year

Each year, officials at various levels of the federal government navigate the complex process of developing and approving the federal budget for the coming year. The government's fiscal year begins Oct. 1, which means we're very close to the end of the current cycle and the beginning of a new one.

While all the nuances are difficult for anyone to fully grasp, it is worthwhile for every responsible citizen to have a general understanding of how this process unfolds. A basic knowledge of the key players involved and their contributions to arriving at an agreed-upon budget can inform important decisions at the individual level.

Keep this high-level overview in mind as we approach this fall's midterm elections. 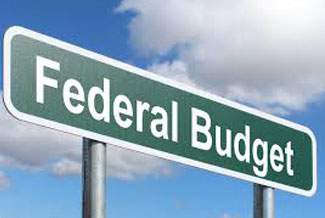 One important point to note is that the Constitution specifies only that the nation's finances are the responsibility of Congress. It does not outline any sort of system by which Congress should exercise this power.

For this reason, the budget process is one that has undergone changes over time as lawmakers have made alterations to how it's handled to best suit the needs of the day. The development of an annual budget today reflects the sum of the changes made to this process by legislators over hundreds of years.

In other words, as the fiscal realities of our country's situation change over time, budget-building norms can be expected to shift along with it.

The cyclical nature of the government's fiscal calendar can make it somewhat difficult to define an exact starting point, but most scholars regard the president's budget submission to Congress as a logical first step.

Federal agencies governing everything from agriculture to defense petition the president with their respective needs. This information is synthesized by the sitting administration and compiled into a rudimentary proposal and passed along to Congress.

This request from the president is best thought of as a rough draft of the budget that will go through several rounds of revisions before reaching its final form.

Each chamber passes its own budget resolution 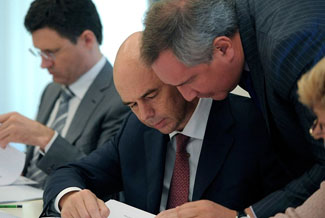 After the president's proposal is received, the House of Representatives and the Senate each look to pass their own budget resolutions. Again, these resolutions do not actually determine anything. They're essentially extensions of the request brought by the president, establishing the allowable amounts for each federal agency to spend but not specifying the resources allocated to individual uses.

After both chambers draft their budget resolutions, a committee comprised of members of both houses of Congress come together to vote on a final version. This iteration is then sent along for "markup" by the two chambers.

The initial resolution is then "marked up" by appropriations subcommittees from both the Senate and the House. These subcommittees can be responsible for any of 12 major areas of governance across categories such as defense, transportation and education.

Each appropriations subcommittee comes up with specific allocations on a program-by-program basis and then submits these suggestions to the full appropriations committees of their respective chamber of Congress.

Once this comprehensive markup is approved, the amended resolutions go to the full Senate or House of Representatives for review. 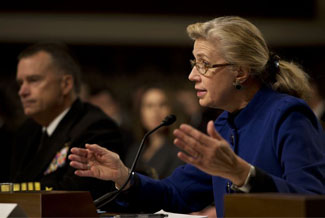 In this penultimate step, a conference committee made up of representatives from both chambers comes together to determine how to reconcile any differences. Each of the 12 subcommittees' bills is put forth for review. This period, naturally, is fraught with significant disagreement and debate.

After the many issues are put to a vote, the desired outcome is achieved: a full budget proposal encompassing 12 appropriations bills that both the Senate and the House have agreed upon and signed. The conference committee's 12 identical bills appear before both houses and move forward if they are approved by both there.

All 12 appropriations bills, having been painstakingly negotiated and agreed upon by Congress, head back to the executive branch for the final seal of approval. The president must review each bill individually and sign it for it to become law for the new fiscal year.

This convoluted process may seem excessive. It's worth considering, though, the impacts to our country if the parties involved get it badly wrong. A budget that allows wanton spending in all sorts of categories will send the national deficit spiraling further out of control, while one in which austerity is imposed at the expense of important federal programs can put many people under extreme stress. 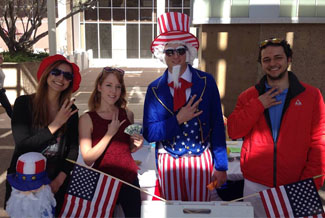 The obstacles facing the decision-makers that put these important guidelines in place each year are very high, but they're in place for a reason, and they affect us all - whether you are a college student or a young professional.

Join us at Up to Us and participate in discussions that will affect you and your financial future. We are a student-led program focused on helping Millennials like you to take action and achieve a fiscally sound future for yourself and the country. To learn more, visit www.itsuptous.org.