History-Making and Record-Breaking “Firsts” in the 116th Congress

The 116th Congress is tasked with addressing a host of issues that will impact younger generations, from student loan debt to the national debt. As the most diverse Congress in the country’s history, the new freshman class is filled with some of the largest-ever numbers of women, people of color and millennials holding office. Considering the power that these new lawmakers now hold to tackle issues facing our future, it is important that we take an opportunity to learn more about them. 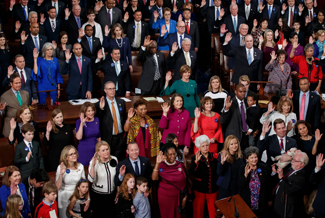 The 116th Congress is more female than any previous session – with women making up nearly a quarter of its voting membership, compared to just over 20 percent in the 115th Congress. In the Senate, women now officially make up 25 percent of voters – with 25 women among the Senate’s 100 elected officials. In the House of Representatives, more than one-third of the 102 women serving won their seats for the first time in the 2018 midterm elections. The number of women serving in Congress has risen rapidly over the past few decades.  While the first woman was elected to the House in 1916, nearly half of the women ever elected to the House have been elected since 1992, and more than half of the women who have ever served in the Senate took office in 2000 or later, according to analysis from Pew Research.

The 116th Congress is also more racially diverse than any previous Congress, with 21 percent of current members identifying as Hispanic, Native American or people of color. This Congress includes a record number of Asian Americans and Pacific Islanders (20 members), the largest-ever Congressional Hispanic Caucus (37 members), and the largest-ever Congressional Black Caucus (55 members).

The average age of newly elected members of Congress is 49-years-old – the youngest for a freshman class since 2011. While the average age of Congress as a whole is still the same as the 115th Congress, at 58.6-years-old, the record number of millennials elected in 2018 illustrates the extent to which young people are running and winning elections across the country. Just like the Up to Us movement, millennials in the 116th Congress are raising their collective voice to heighten awareness on the critical issues our generation cares about. Gen Z and millennials are projected to make up 37 percent of the electorate in 2020, and their priorities are shifting.  According to a recent Harris Poll, millennials report their top three voting issues as healthcare, global warming and mass shootings. 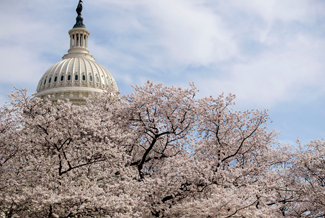 It’s no surprise the 116th Congress is also very well educated, given the record number of millennials serving. Research shows that millennials are the most educated generation on record, with more completing college than any previous generation. According to data compiled by POLITICO, more than 70 percent of newly elected members attended graduate school. Of those, one-third hold law degrees and 15 have MBAs. At least five newly elected members are medical professionals – including a dentist, a nurse and three doctors.

Several barrier-breaking members of the freshman class in the 116th Congress include:

Looking to break barriers and become more civically engaged on your own campus? Learn more about how to get involved with the Up to Us movement here.