The U.S. industrial sector is smaller than it used to be, but it's an area characterized by dynamic small firms, high wages and a huge potential for growth. Implementing policies that would help this sector thrive could be the key to improving the economic outlook of the country.

What is the size of the manufacturing sector? 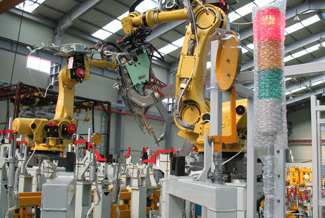 Compared to other sectors, manufacturing is characterized by high wages. The average yearly income is $56,700, and this is one of the fields with the highest percentage of employees eligible for health benefits.

Manufacturing also benefits other sectors. In 2013, there were 17.1 million jobs indirectly linked to manufacturing, and it's estimated that for every dollar spent on manufacturing, $1.89 is added to the economy.

The current growth of the manufacturing sector 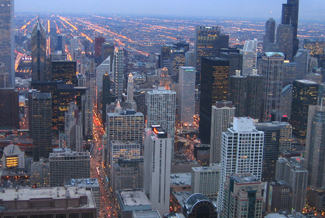 The industrial sector has been growing with 1.1 million new jobs being created since 2008. Growth is stagnating in major centers such as Los Angeles, Chicago or Houston. However, there is significant growth in smaller industrial centers that attract a wide variety of manufacturers.

Cities such as Orlando, Phoenix, Salt Lake City, Raleigh or Grand Rapids are currently benefiting from a strong industrial sector. It's estimated that manufacturing could create two million jobs and add $530 billion to the GDP by 2025, especially due to the growth in the automotive, aerospace and electronics fields.

There is a strong need to invest in new technologies to remain competitive, and this isn't something that all small and medium companies will be able to keep up with. Demand is also changing. It's more diverse than ever before, and manufacturers need to adapt by adopting new technologies.

These include 3D printing that would transform production and allow for smaller and more customized runs. The "internet of things," or IoT, and analytics are other areas manufacturers need to invest in. The skills gap is another challenge to address. 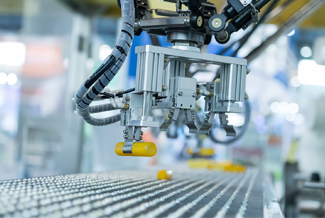 However, current levels of federal spending and debt suggest that tax rates might go up again in the future to generate more revenues. The current federal debt is also preventing the government from investing in innovations that would benefit the manufacturing sector, or from addressing the skills gap issue by investing in education.

Higher tariffs have also been hurting the industrial sector. A lot of industries, such as the automotive field, rely on intermediate goods imported from other countries.

Supporting the industrial sector should be a priority since there is a huge potential for growth and job creation. It's Up To Us has been organizing events and programs to increase awareness on fiscal issues and advocate for more responsible fiscal policies that would foster industrial growth in the long-term.