Major policy changes in the United States will never be apolitical. For every argument made in favor of a given move, there's a partisan counterpoint waiting in the wings. That's truer than ever in the hyper-politicized environment that characterizes modern-day America. 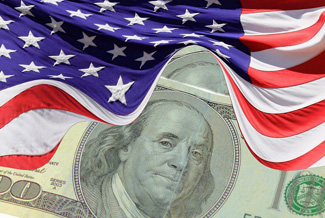 Political inclinations aside, it's difficult to argue with data. Numbers, as they say, speak for themselves. One area in which the numbers have spoken particularly clearly of late has been fiscal policy, as several contentious changes have combined to cause further acceleration in the already-spiraling federal deficit. In the name of boosting GDP growth, certain fiscal policy measures have been taken recently that are sure to worsen the country's precarious debt situation. If lawmakers don't tread carefully in the coming years, America could find itself in an unsalvageable financial crisis.

Increased government spending and tax reform are two relatively recent fiscal changes that legislators at all levels have seen fit to implement. They have quickly become two of the biggest culprits in the rising federal deficit. Why, then, have many politicians (and a large subset of citizens) endorsed these changes as a clear positive for our nation?

The answer involves a short-term economic stimulus. It's a basic tenet of modern economics that increasing government spending and lowering effective tax rates will spur the economy to fast growth in the short-run. This is playing out before our eyes as American GDP growth in 2018 has, indeed, been impressive. In fact, The Hutchins Center on Fiscal and Monetary Policy saw GDP growth jump 0.6 percent in the second quarter of the year.

Unfortunately, this immediate success masks a subsurface, easy-to-ignore issue: our growing debt load relative to GDP. The math is straightforward. Increasing federal outflows and reducing inflows is a recipe for operating at a loss. The problem is that it can be easy to ignore a seemingly distant problem when current conditions seem so rosy.

A chunk of the economic growth observed recently - and more importantly, the growth of the deficit - can be explained by an increase in spending at all levels of government. Federal, state, and local outflows have grown at a significant clip in 2018, even though spending looks less and less sustainable in the context of the nation's overall balance sheet. 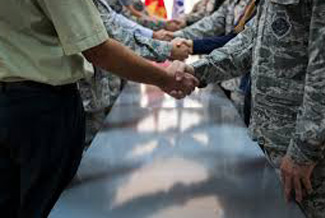 Federal spending showed the largest growth in the period. This 3.7 percent jump can largely be explained by an uptick in defense spending. Still, local and state-level governments spent more across the board as well. Each rose nearly 2 percent in Q2. The jump in aggregate demand that saw the economy grow at its fastest pace in 4 years was attributable, at least in part, to a corresponding spike in total government spending. Unfortunately, however, those funds have to come from somewhere, and the healthy sources for them are drying up even as demand for them grows.

A second headline dominating the fiscal news recently involves the Tax Cuts and Jobs Act (TCJA) passed late last year. The law is multifaceted and complex, but in the short-term, it means one thing: lower taxes on businesses and individuals. This has led to significantly smaller tax collections in 2018, even as the overall tax base grows at a solid pace. The taxes that should be funding any increase in government spending simply aren't there, mainly due to the new TCJA.

At least through 2025 (when Congress will have to choose to renew it), the effective tax rate paid by the vast majority of workers will drop compared to pre-Act levels. Real after-tax wages should increase by 3.6 percent, on average, for the next eight years. 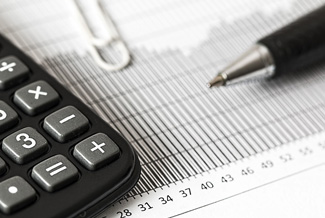 In addition, the corporate tax rate has been broadly decreased from 35 percent to 21 percent. Both of these changes should stimulate demand, as consumers have more money to spend and invest, and businesses are better able to grow aggressively. Some free-market theorists have postulated that such an expansion of the taxable economy can only be positive for tax collections as a whole. Unfortunately, that hasn't been the way it's played out.

Corporate tax receipts have fallen off dramatically this year. The dip in effective tax rates has far outweighed the record profits firms have earned, as the Department of the Treasury recently reported a 31-percent drop in this category of collections. In real numbers, the federal government is looking at $205 billion from this source in the fiscal year 2018. That's a drop of over $92 billion year-over-year.

Decreases of this magnitude wouldn't be healthy even in a vacuum, much less in circumstances where spending is growing rapidly, and our national interest payments are growing even faster. Our financial future is not secure when there's a near-term reality in which our interest obligations due to foreign entities exceed spending on defense.

It's not too late to reverse this course, but it requires holding legislators accountable for fiscal responsibility. We can't afford to be distracted (or blinded) by attractive short-term investment returns, low tax bills and nice public projects forever. At some point, policies like the spending spike and tax cuts we've seen in 2018 have to be acknowledged as fiscally unsustainable.