The Combined Effects of Personal and Federal Debt

The typical college student who graduated in 2016 did so with a little over $37,000 in debt. These high student loan balances are affecting an entire generation and impacting the future of college graduates.

Why are student loan balances so high? 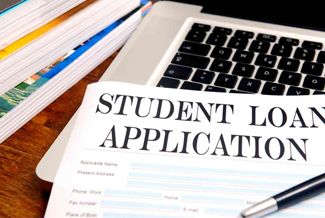 Between 2005 and 2006, the average monthly student loan payment increased from $227 to $393. An entire generation of college graduates is spending its after-tax income on these high payments.

We are seeing a reduction in homeownership rates as well as delayed savings for retirement. Some graduates can't keep up with their loan payments. The default rate doubled between 2003 and 2011 and it's estimated that 40 percent of graduates could fall behind by 2023.

These high student loan balances can be traced back to a 2010 measure to have the federal government issue student loans without relying on private banks. Colleges and universities sharply increased their tuition costs.

Only 30 percent of the current combined $1.4 trillion in student debt is linked to more young adults getting college degrees. The remaining 70 percent is linked to higher tuition costs.

The combined effects of personal and federal debt 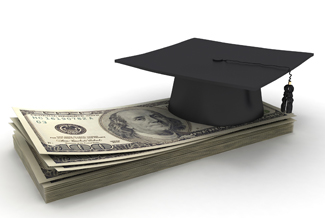 There have been talks of bailout programs and debt forgiveness initiatives to boost the economy. However, it seems unlikely that the federal government would give up on $1.4 trillion in revenues. In theory, college graduates should be able to find high-paying jobs, thanks to their degree, and earn enough to get out of debt.

The truth is that millennials and Gen Zers are entering a job market with stagnating wages. This issue will continue getting worse. The current $22.7 trillion in federal debt is making it difficult for the U.S. government to stimulate the economy and boost wages.

The current federal debt means that interests are increasing at a fast pace. Interests will soon surpass any other category in terms of government spending. Federal debt combined with student loans could also result in a retirement crisis for millennials and Gen Zers.

Young adults are amassing wealth at a much slower pace due to the burden of their student loan payments. They aren't building equity by purchasing homes and start saving for retirement later in life. The high federal debt is resulting in high interest rates, which is making mortgages more difficult to secure.

Treasury securities are also diverting investment dollars from the stock market, and there is a strong possibility that these securities might no longer be safe investments in the future. This could negatively impact the returns of the retirement portfolios built by millennials. 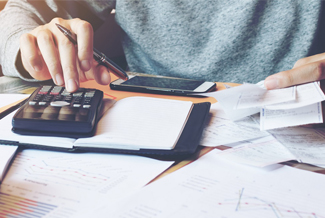 Millennials and Gen Z will make up 37 percent of the electorate in 2020 and, for the first time, we could see candidates focusing on spending cuts instead of presenting costly programs. Because of their personal experience with student debt, candidates will have to address issues such as wage stagnation, job outlook, debt and responsible federal spending.

The federal debt is a major issue that isn't getting enough attention. It's Up To Us has been advocating for better fiscal policies that would boost the economy and help an entire generation that is burdened by debt. Join us to get your voice heard on these important issues!